Emilia Sandrinelli: How have libraries begun to be of interest to you?
Matthew Battles: I’ve always loved libraries, I’ve always loved to go to libraries. As a child, I loved to spend my free time at the library, so they were always terribly important to me. I went to college at the University of Chicago where they had a library much bigger than any library I had ever been before and I couldn’t leave, I couldn’t get out of that library, I loved been there, so I went to grad school and after grad school I got a job, just part time job in library at Harvard, I thought it would be a good place to be while I was starting to write, but then Widener Library which is even bigger than the library where I had gone to college in, just really capture my attention and I started to write about Widener. It was right at the time, it was the late nineties, when card catalogs were being replaced by online catalogs. It was so much controversial in US, there was a writer, a novelist, wrote many articles about how he thought it was a bad move that the computers were going to destroy the library and I was working in Widener at that time and I could see how the library change again and again and again over its history, I could see there was a certain archeology of that and I thought “I think the library will be ok” and I’d like to tell the history of how the library steeled with this changes over time, with the thought that it will probably survive with the changes of the present as well. So that is sort of how my interest in writing about libraries and paying attention to them emerge.

E. S.: How was your academic carrier? Here in Brazil we have a Library science Graduation, I think in USA it is a little bit different.
M. B.: Well, there is a grad degree in Library Science, Information Science. I didn’t get trained as a librarian formally, I trained as an anthropologist, so as I begin this work on the library, I sort of thought about myself as an anthropologist and the tribe I was studying was librarians. But I worked in the library, I worked as an editor the most part, an editor of the journal published by the Harvard Libraries. I worked as a librarian but not had been trained as one, so I am inside and out in a way. I’d like to think that it gives me a kind of advantage point to think about the library as a writer and as a scholar as well as somebody who used to manage them. Many librarians have this perspective as well but this is the way I come to mind. Most of the people who work in library United States have a library degree from a library school.

E. S.:  Could you tell us how is the library scene in USA nowadays? Does the government take action about library issues?
M. B.: You know, it does at different levels. The way that libraries and librarians are seen in the United States is so influenced by people experience of technology and the internet particularly. People increasingly fell the libraries should go away now that there is the internet, other people feel very strongly that the library is an ideal place to share the internet with abroad audience to make it accessible to people that might not have access otherwise. But, you know, people noticed a couple things recently in the United States: first of all, after 9/11, after the attack on the World trade Center, the government tried to cut down on the freedoms the people have in libraries. United States government wanted to be told when people took out books they thought might be dangerous. Now, librarians always had an ethic or privacy. You can come to the library and took books and nobody gets to know, librarians even, in United States and in many other places of the world, keep themselves from talking to people about the books they are checking out, because they don’t want them to feel they are being watched, so when the government started to say “we would like to be able to see what people are looking at”, librarians were very strongly against this and people noticed that and they appreciated that librarians were watching out for intellectual freedom. More recently there’ve been a series of disasters, the hurricanes that hit New Orleans a few years ago, the more recently hurricanes that hit New York and other places… after those disasters, libraries were vital places where people gather to get information, to put up notices to find loved ones, to get shelter. So people appreciate that, the community service that libraries provide as well.

E. S.: What is your opinion about the role of libraries facing the shared knowledge culture and the internet?
M. B.: Well, you know, I think it is very complicated. The first question we have to ask is what kind of library are we talking about, because there are many different kinds: the public library for small communities, the large even national library that documents culture heritage, the archives for rare manuscripts and rare books and the university library where researches are conducted, all of these have different roles in their community and they’ve all changed in different ways because of the internet. I think the internet gives us the opportunity of rethink the ways that people relate to libraries. Not only the internet, but all kinds of digital tools, technologies that allow us to make new media, that allow us to use computers to design things, projects, building, to make art. These are tools that are very difficult to people for access without some help and I think libraries can serve as a kind f media studio, a kind of idea store, design store, a place where people can come to share the experience, learn together and use these new tools. The internet, as it emerges in our lives, we tend to use it as individuals, when we sat at the computer and we look to the screen or look at our mobile device… but it can be share and I think that libraries can be places where the internet  become a kind of a public experience. That means changing some of the ways in which we equip libraries, the way we design libraries, the ways in which people expect to use them. But those are then the kind of change have already happened many times with libraries in the past. The book has never been a one single fixed thing, it has changed a great deal from ancient Mesopotamia when it was a clay tablet to a modern book today which even a printed book is in many ways an electronic books, it is connected to amazon.com and libraries catalogs and it is designed using computers. So these are very different books from one generation to the next and the libraries have to figure how to handle these changes. I think the opportunity is to make the internet a public experience, a shared experience, getting people working together thinking about how to use this technology and what it means to civic life, social life, cultural life.  I think those are things that libraries can help us to do.

E.S.: Libraries will or are changing. Will  the role of librarian change also?
M. B.: I hope so. I mean, I think that libraries have, for a while now,  been the first places where people encounter technology and librarians have dealt with figuring out how to make technology work to people for a long time now. When computer first begin to be used, most people first experience of using a computer came in a library. Library catalogs, ways of organizing and taking care of library collections were transferred to computer very early, so libraries are innovative.

E. S.: Do you believe libraries need to reinvent themselves to be more dynamic and attractive nowadays?
M. B.: It is a hard question because I do think libraries need to reinvent themselves and I think libraries in history have been better at that that we often think they are. But we also want them to be conservative in a way, we want them to persist, they are supposed to take care of these resources and make sure they are there for the next generation, those are kid of the conservative functions. And to do that, to make sure that books and information resources are available to people from one generation to next, librarians have had to be innovative, so it is a push and a pull, it is a dialectic between choosing when to change, reinvent, experiment and when to certain hold the line and say “we are going to stay the way we are”. I think  one exciting thing that libraries can do is devoted part of their space, when it is possible, to experimentation. One of the projects that I going to talk about in my talk involves creating a kind of experimental studio for developing ideas of what the library of the future might look like: getting designer involved, getting librarians involved, technologists and playing with ideas of what libraries can be. And if we can settled a little bit space for that kind of activities I think we begin to be less fearful of the changes that might come.

E. S.: Here in Brazil and I think it is also true in many parts of the world, we librarians and students of Library Science are used to read your book during our graduation, so I would like to ask you to leave a message to Library Science students.
M. B.: That is great to hear that people are reading the book and using it in training librarians, it is very gratifying to hear that. I would just encourage librarians who are coming in the profession to be experimental, to learn a little bit about not only the technologies used to find books or to find information online but a little bit of programming, a little bit of designing software and designing the experience of using it, just enough to begin to understand how these tools work and how they can be used to serve the purposes of the library rather than threaten the library existence. So experiment and play with technology is something I would encourage every librarians to do. 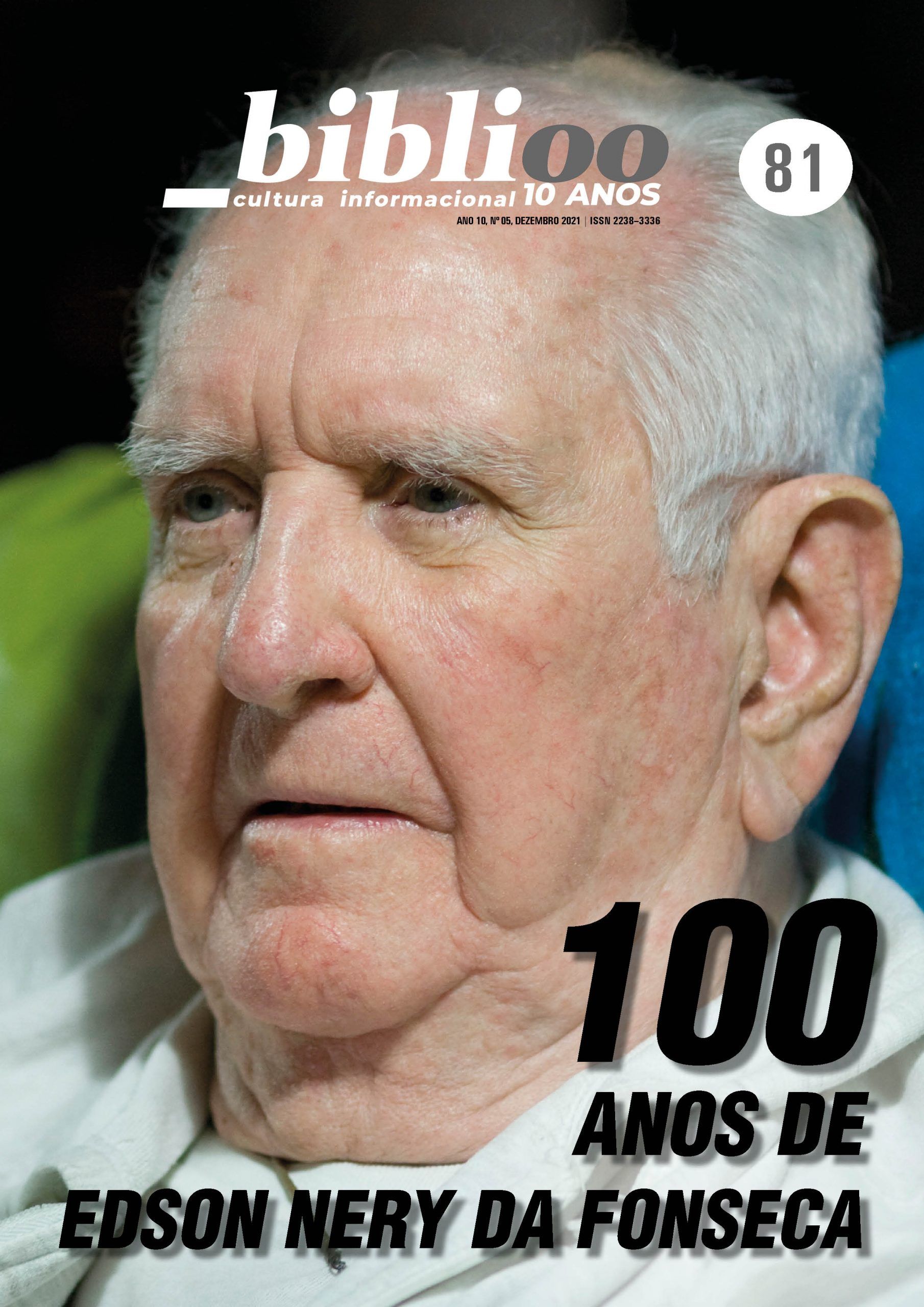 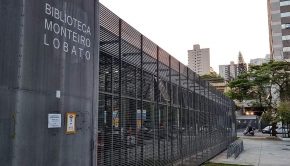 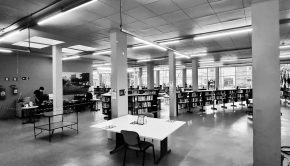 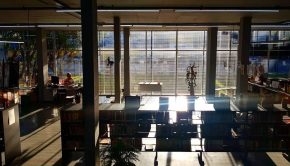 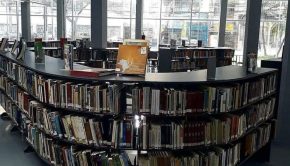 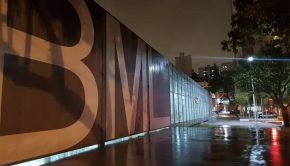 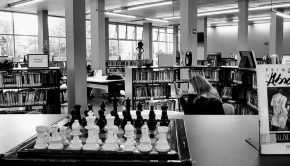 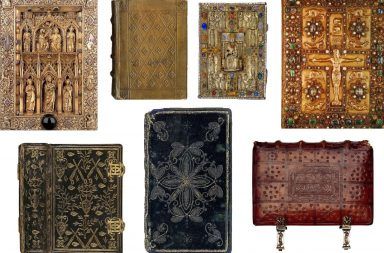 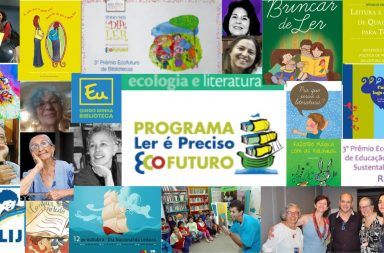